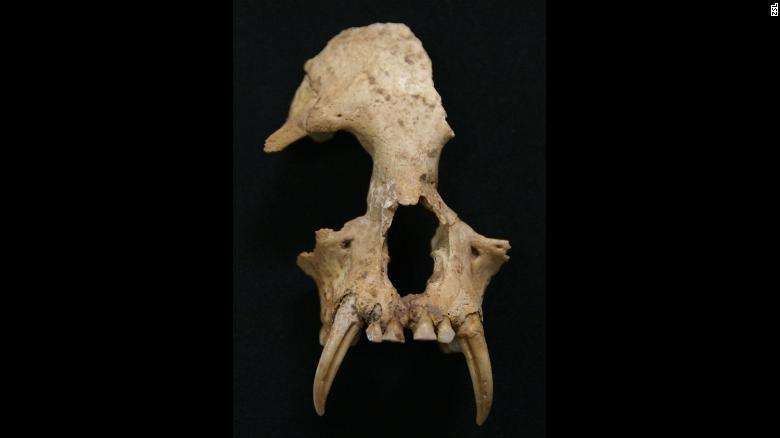 An interesting article popped up in my news feed regarding the discovery of an extinct gibbon species being discovered in a Chinese noblewoman’s tomb.  (The noblewoman is thought to be the grandmother of the first emperor of China.)  The gibbon, or its skeleton, was buried over 2000 years ago presumably with its owner along with a smattering of her possessions.

The discovery of a new ape species is always a spectacular find, but there is an interesting twist to the story.  This discovery is the first confirmed example of an ape species going extinct since the last ice age.  This would likely mean that the gibbon population was directly affected by humans in some way, whether it was from habitat loss, or perhaps even from the collection of individuals for use as pets.  This latter cause was common among nobles in ancient China.

No matter what the cause, this discovery should highlight the precarious nature of apes’ foothold in nature.  Let’s hope that sasquatches are more resilient.

Before reading the article below, please enjoy listening to the calls of wild gibbons recorded in Sumatra:

The discovery was made by scientists led by international conservation charity ZSL (Zoological Society of London), while studying the contents of a burial chamber dating from around 2,300 years ago that possibly belonged to Lady Xia – grandmother to China’s first emperor, Qin Shihuang, the leader who ordered the building of the Great Wall of China and the Terracotta Warriors.

The tomb, first excavated in 2004, was found to contain 12 burial pits with animal remains, which included gibbon bones. Sophisticated computer modelling reveals that these ancient bones represent an entirely new genus and species of gibbon, which the team has named Junzi imperialis. Historical records reveal that Junzi probably survived until less than 300 years ago.

All of the world’s apes – chimpanzees, gorillas, orang-utans and gibbons – are threatened with extinction today due to human activities, but no ape species were thought to have become extinct as a result of historic hunting or habitat loss. However, the discovery of the recently extinct Junzichanges this, and highlights the vulnerability of gibbons in particular. To read the rest of this article, click this link.