This map is centered around the Tlicho area.

According to the Canadian Broadcasting Corporation, a man who was suddenly thrust into a survival situation in the Canadian Northwest Territories stumbled onto a sasquatch last week.  An article telling of the encounter was published, along with some traditional native knowledge of the creature.  The article is definitely worth checking out.  (Thank you to the person who sent this to me!) 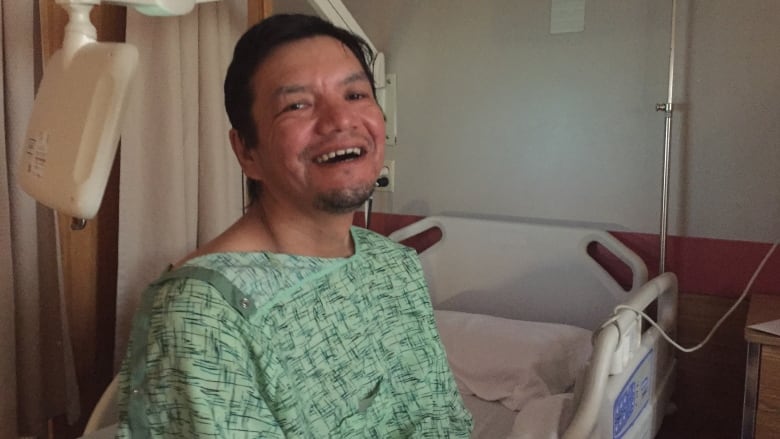 Tony Williah recovers at Stanton Territorial Hospital after he fell out of his boat on Lac La Martre near Whati, N.W.T. He was missing for two days before he was found July 19. He says he encountered a nàhgą — a bushman — on an island he swam to following the accident. (John Gon/CBC)

A man who spent two days alone on an island after capsizing his canoesays he had a terrifying encounter with a mythical creature — and in the N.W.T.’s Tlicho region, he’s not the first.

On July 17, after boating hours from Whati to the most northern tip of Lac La Martre, 42-year-old Tony Williah spotted some garbage in the water ahead of him — a plastic bag bobbing in the waves. Williah slowly brought his boat up beside it.

He reached in to get it but just as he did, a wave rocked the boat and he fell over the side and into the frigid water. He struggled to pull himself up back into the boat but his clothes, heavy with the weight of the water, kept pulling him down. He grabbed a plastic bag of supplies and began the long, tiring swim to shore.

“I managed to swim to an island at the end of the point,” Williah told the CBC in Tlicho in his Yellowknife hospital room last week.

He says that’s when he encountered the bushman.

“All of a sudden, there was a big man standing beside me,” he said.

“He must have walked away because I heard some branches break throughout the bushes. I packed up my clothes in a white bag and readied myself to leave.”

Williah swam away from the island and would spend another 48 hours alone in the wilderness.

When he was rescued by the RCMP and Canadian military, he would tell the story of his encounter with a bushman to whoever would listen.

Click here to read the rest of the article.