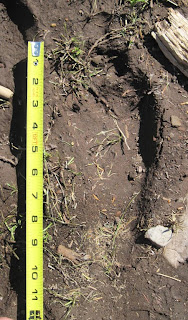 “Yeah, but after that.  Did you hear the knock?” 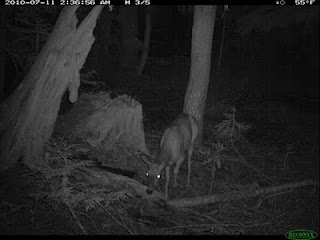 A deer captured on a game camera that night.