I was on the road filming Finding Bigfoot when I first heard of the Mink Creek footage. Brandon Tennant sent me a clip of it after he and Dr. Jeff Meldrum visited the location to do some on-site investigation and comparisons. Since the initial investigation by these two researchers didn’t turn up any signs of the clip being a hoax, we got the producers on the trail and started the wheels in motion to do an Idaho episode.

The young men who filmed the Mink Creek footage were in high school at the time, but had now graduated and were moving on with their lives. When the footage was obtained, they were in the area doing erosion studies for one of the science classes. While walking across a hillside, one of them noticed a dark figure contrasting against the snowy background on the opposite side of the valley. After taking a few looks at the figure and agreeing that it looked very unusual, they got out a video camera and started recording it just before they lost sight of it.

After filming the figure, the witnesses made their way up to the location where the creature was seen walking. They had some difficulty getting up there through the thick brush and sometimes-knee-deep snow. Upon arrival, they found where the creature had walked and photographed one footprint left in the snow. Having this piece of corroborating evidence was very important for this case. 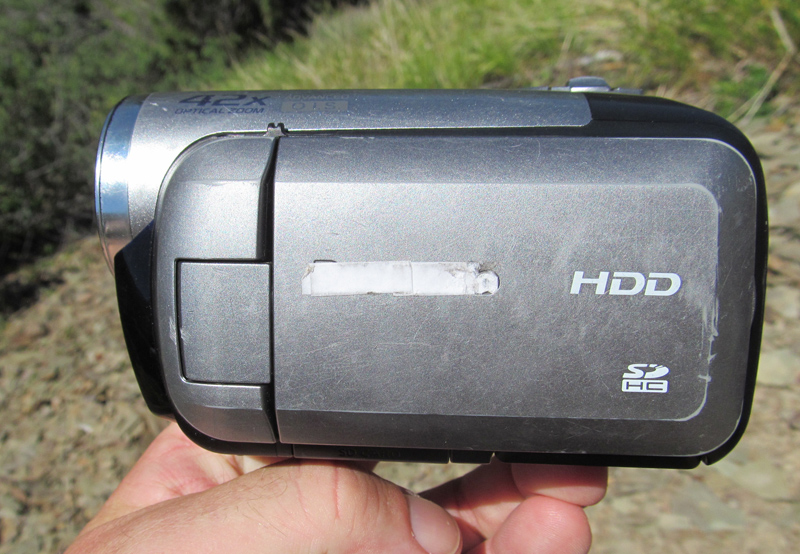 I initially had some reservations about the footprint. It looked a little funky to me, and some of the contours of the foot caused some concern. After later visiting Dr. Meldrum and discussing the print, he put my concerns to rest by showing me examples from his extensive cast collection that mirrored some of the morphology of the Mink Creek print. I am much more willing to accept the print as authentic now than I was before.

Knowing that films and recordings never truly show what can be seen and heard with our senses, I asked the young men to describe what they saw with their own eyes. The saw the figure far to the left of where the film shows it, and it was walking through the treed area towards the thick brush. They reported that it looked very massive, and they saw no signs of clothing or skin. If this was a person who was dressed in heavy winter clothing, it was all of one color, and no skin was showing anywhere.

The distance from the camera to the film subject was measured at the location to be 170 yards. I believe we positioned Ranae very close to where the figure is seen to be walking in the film. The witnesses laughed at how small Ranae looked compared the figure.

I came into this investigation thinking that this could very well be a case of hoaxing by teenagers, especially with the concerns I had with the footprint photograph. However, after speaking with the witnesses, I am pretty convinced that they are not lying about what happened that day. They proved themselves to be people of religious morality and intelligence with future aspirations that mirror this. In fact, their wish to remain anonymous is partly due to their concern about sports scholarships and pending acceptance to universities. At worst, this might be a case of a misidentification, but I think it’s possible that they filmed a bigfoot.