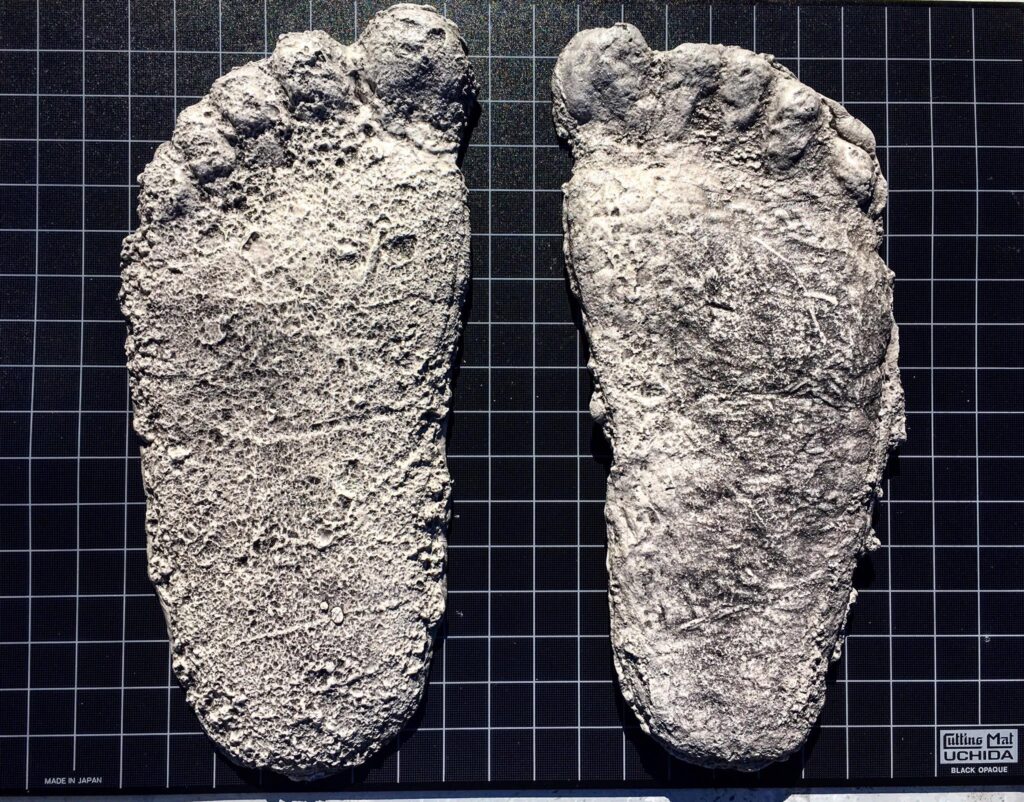 These casts were made by Roger Patterson himself, almost exactly four years to the day before he obtained the famous Patterson/Gimlin film just a few miles away. Roger documented the circumstances around his discovery of the prints on pages 18 – 20 in his book Do Abominable Snowmen of America Really Exist?

In Roger’s book, the date of the casting is reported to be October 21, 1964. This is likely an error, as was discovered by Roger’s authorized biographer, David Murphy. Roger had the foresight to carve the dates into the back of the casts as they were drying, and the back of the original clearly states that the date was in 1963. Since the casts were taken in October, it is doubtful that Roger made a mistake with the year (as people are prone to do in January after the date change, not being used to the new year). I tend to think that the date reported in his book is an error. This error has been published in every other source since.

Interestingly, these prints were probably made by the same individual bigfoot that made the famous prints cast by Jerry Crew in October of 1958. The dimensions match well, as does the shape and orientation of the toes. It is also possible that this same individual was responsible for track finds cast by Bob Titmus in 1962 and 1963 near Hyampom, CA. If these casts are from the same individual, the territory of the sasquatch must be quite large. It takes about three hours to drive from Laird Meadows to Hyampom, with the distance being approximately 50 miles as the crow flies. It is interesting to note that the Hyampom casts were taken in the spring, while this individual’s prints were found in the Bluff Creek region during the fall months.

Copies of these casts are widely circulated, with the right foot being far more common than the left. The copies that are available on Ebay are many generations removed from the originals, which are being safely kept in a secure location.