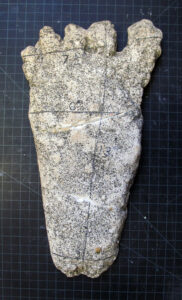 While fishing on September 5, 1980, Douglas Trapp stumbled across three footprints in the sandy river bank of the Stillaguamish River near Robe Canyon outside the small town of Granite Falls, WA.  Two of the footprints were side by side, but one was spaced about five feet away behind the others.  Backtracking the creature, two slide marks were found on a slope nearby where the creature seemed to slide downwards towards the river.  It apparently entered the river.  No further tracks were found in the vicinity.

Rene Dahinden arrived on the scene about one week later.  The tracks were still present, and were in good shape.  No other signs of human traffic were observed intruding onto the scene in the interim.  Soon after Dahinden’s visit to the footprint site, he commented in a private communication regarding the casts, “I don’t know what to think about them at the present time.”

The “only surviving cast” from this incident is housed in the laboratory of Dr. Jeff Meldrum.  It is not known what happened to the other footprint cast pictured in the newspaper article below. 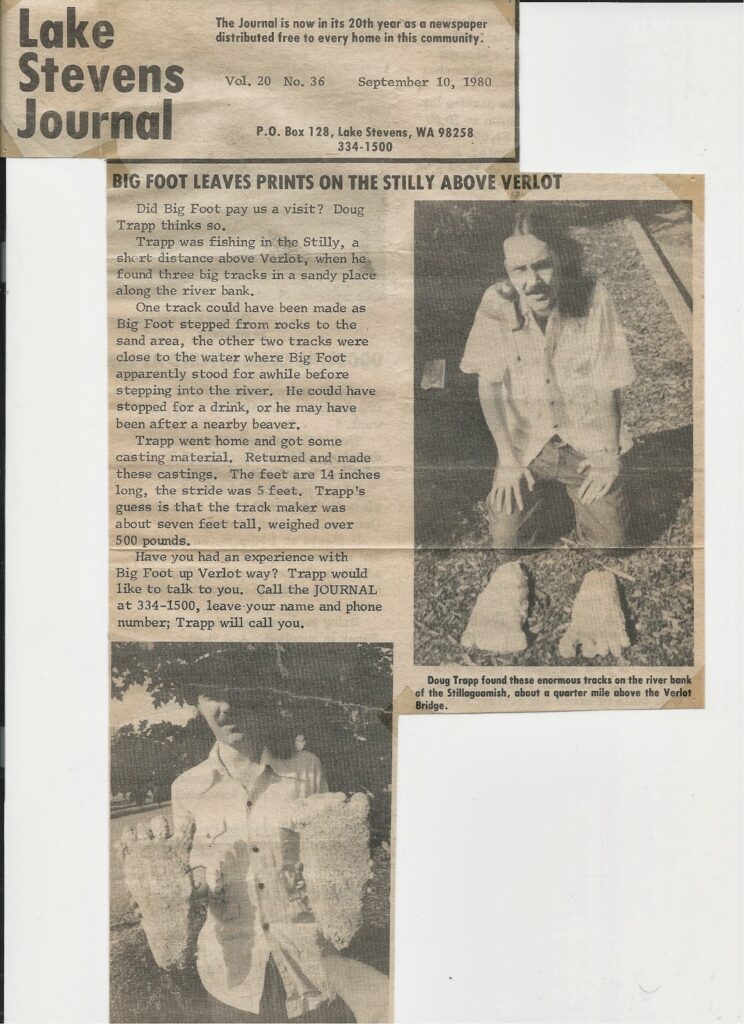 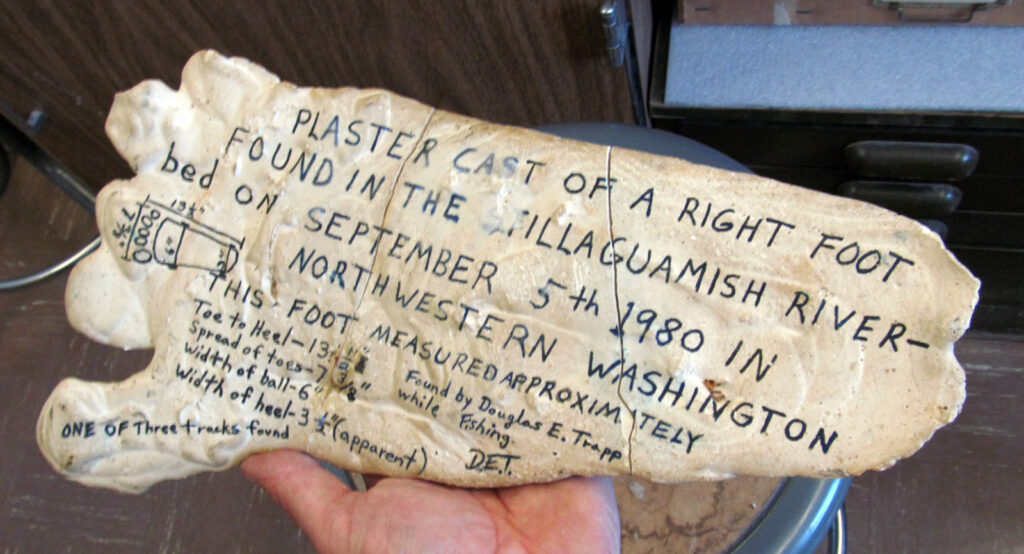