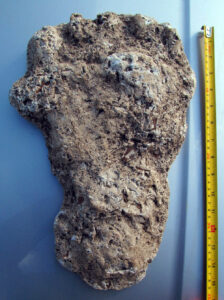 While filming the Boggy Creek episode of Finding Bigfoot, we met a witness named Doyle Holmes.  He was the man who was canoeing on the Mercer Bayou when he encountered a sasquatch foraging in shallow water just seven months before this footprint was found.  Doyle lives near the bayou, and has had several bigfoot experiences over the years he has lived in this remote area.

A day or two after Thanksgiving in 2004, Doyle and his son, Nathan went hog hunting in the vicinity of nearby Carter Lake.  They took a canoe through Mercer Bayou to the area, and stopping short of the lake, got out and started tracking hogs.  It was then that Nathan noted a strange set of footprints coming out of the water and heading towards a berry patch.

There were ten to twenty tracks in the area, some of which were in he berry brambles.  Five toes could easily be discerned, and the tracks befuddled both men having never seen anything quite like it before.

Doyle returned to the location two days later with casting material to record the track.  The tracks had already started to deteriorate by that time, and the best track had been stepped on by a hog.  The lump in the middle of the cast is where the hog stepped, and Doyle filled in the impression with soil.

The cast is large and heavy, showing five clear toes and some interesting lumps on the side.  It has been speculated that the lump by the first digit is a bunion since this feature has been seen in other footprints from the area.  There is some indication on the medial and lateral sides of a raised ridge of dirt, possibly an artifact from the midtarsal joint pushing back substrate as the creature pushed off to the next step.  The heel is wide and slid in at an angle.

The third digit was clear and well-separated from the others.  It dug into the ground with on overhanging ridge that can be seen well on the original cast, but not so much on subsequent copies.

A detailed account of the finding and casting of this track can be found in Lyle Blackburn’s excellent book, The Beast of Boggy Creek. 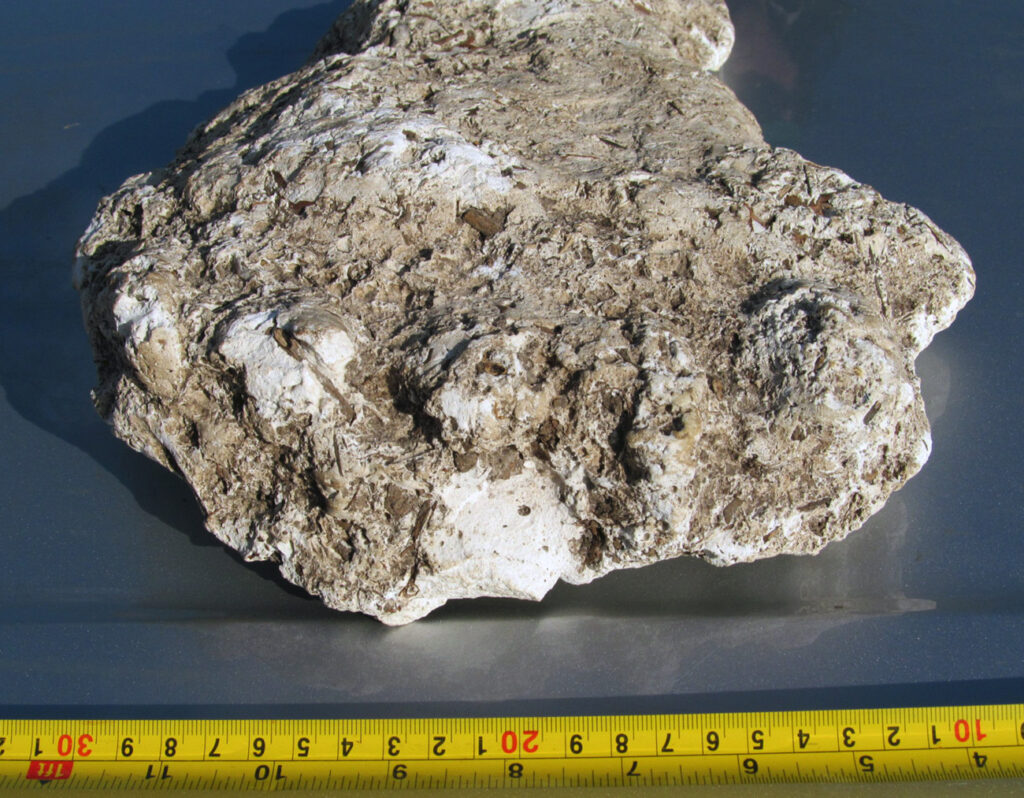