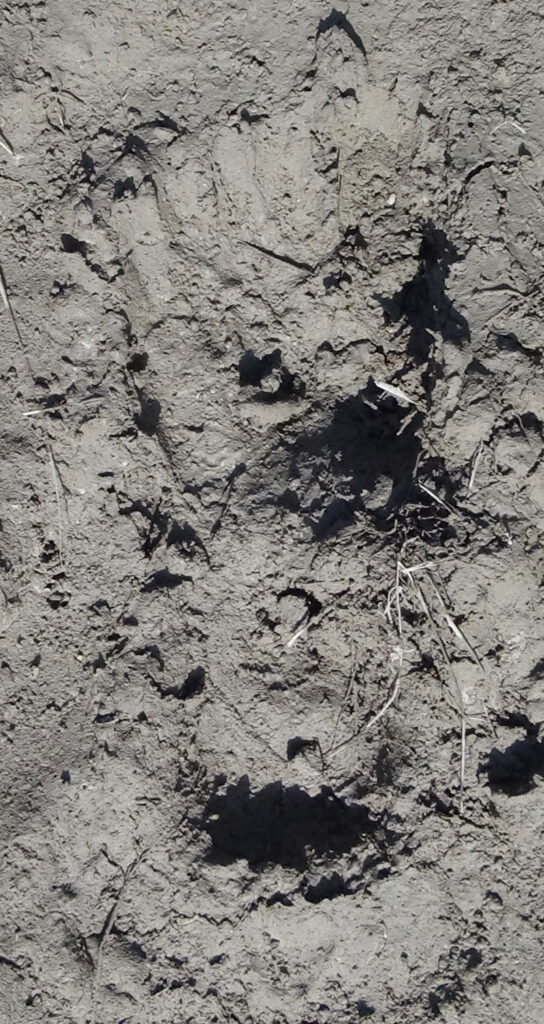 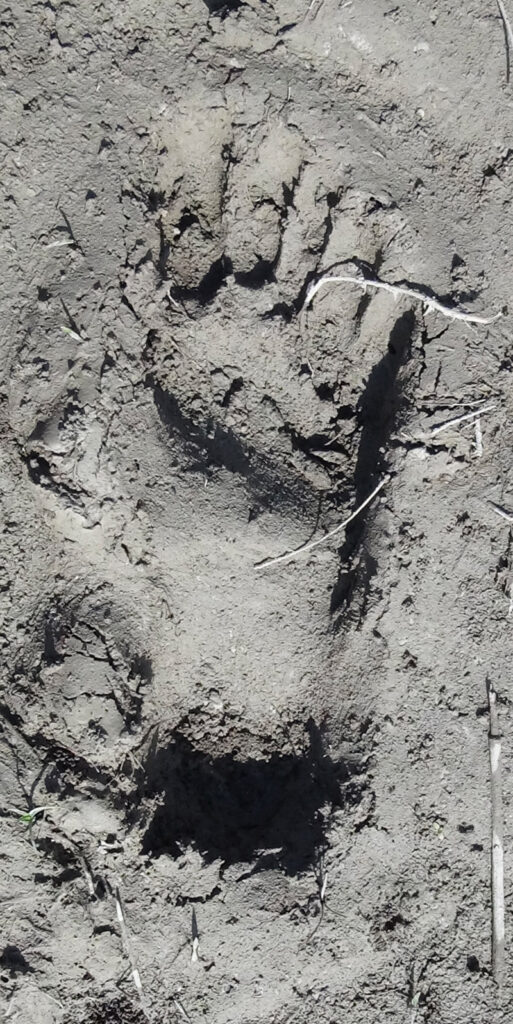 In February of 2013, Julio Hernandez from South Florida Bigfoot (click here for his Twitter account) brought his friend (witness name withheld) to an area where he had had rocks thrown at him previously.  The two men encountered two sets of tracks in the dry, baked mud of an ATV trail.  The two tracks were clearly of bare feet, with one measuring about eleven inches long, and the other one only measuring six inches long.  It struck them odd that anyone would be walking around deep in the swamps barefoot with so many poisonous snakes and other unpleasant things to step on.  It was even stranger to imagine that someone would let their child do so along with them.  Julio documented some of this trip on his Youtube page, which can be access by clicking here.  They returned one other time in April of that year to find the footprints still readily visible in the dried mud, and apparently no other ATV nor foot traffic had come through since their previous trip in February.

The larger of the two footprints walked along the ATV trail for some distance.  The trackway had very little straddle, meaning that the prints were almost right in front of one another in a “tight rope” fashion.  The distance between the steps was very long as well, with a measured step length of 38 inches.  The average human step length is only 30 inches for comparison.

The larger of the two footprints shows a feature that is consistent with many other bigfoot footprints in similar substrate.  At about halfway back, the footprint has a raised ridge of mud across the area where the longitudinal arch would be in a human.  In sasquatch footprints, this ridge is caused by the foot flexing at the midtarsal joint where the metatarsals meet the jumble of bones that make up the midpart of the foot.  For more information on this interesting feature, click here to read an excellent article by Dr. Jeff Meldrum.

In these prints, it seems this ridge is a bit forward on the foot compared to where I would expect it.  This would indicate that these prints could be from a human, but the context suggests that the possibility of these being sasquatch prints exists.

Though both sets of footprints fall well within human length, the lack of straddle in the trackway, their presence in an area where one would not expect anyone to walk barefoot, and the presence of the possible midtarsal ridge in the prints all suggest that these prints were made by sasquatches.