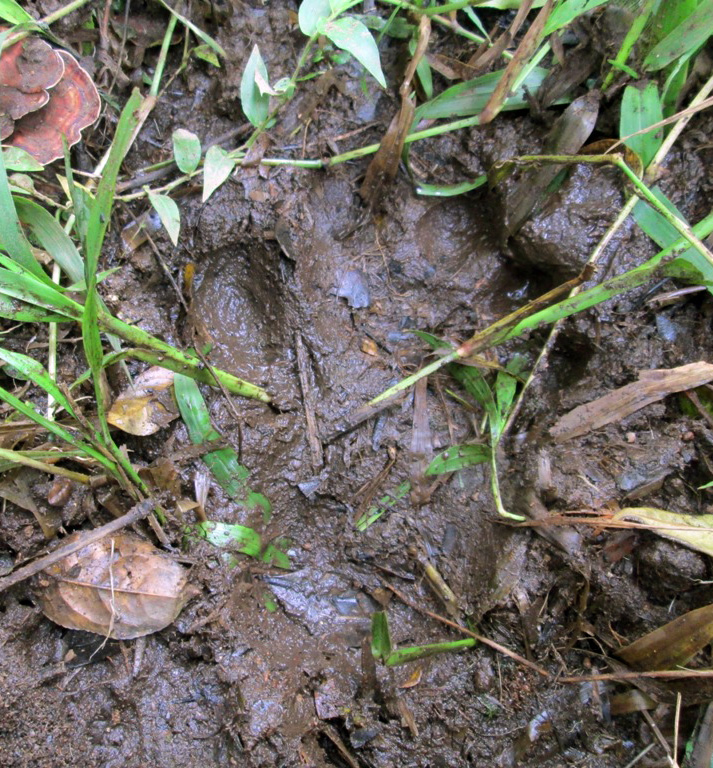 The first footprint documented by the OPP was not cast, but was well-recorded in photographs.  The event happened near Pauh Tinggi Village near Lake Kerinci.

Not much is known about the circumstances around this encounter, as the emails I received indicate several dates.  However, as near as I can figure, the sighting occurred on November 29, 2012.  John, my Sumatran tracker contact, arrived at the scene on December 3 and took numerous photographs of the witness and what he found when he followed the prints into the jungle.

John and the witness found that the orang pendek was eating corn that was stolen from nearby fields.  Following the tracks a bit further, they found where the orang pendek had torn apart a rotting log seemingly in search of grubs.

The footprint shows greater depth at both the heel and the ball of the foot.  The ball is impressed in front of where the widely divergent hallux (big toe) connects to the foot.

I consider this footprint to be authentic.  It shows every sign of being made by a living, malleable foot interacting with the substrate.

Interestingly, there are footprints that can be seen in the ground behind the man in the picture below.  This footprint was not photographed up close. 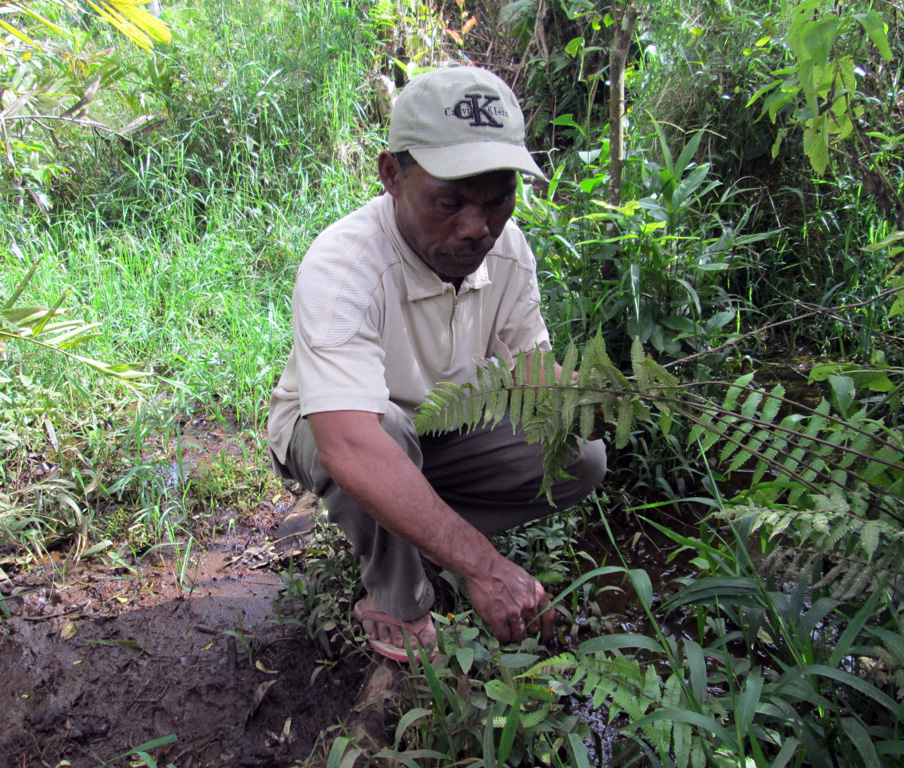