Where are the Bones?

A Logical Question with a Logical Answer 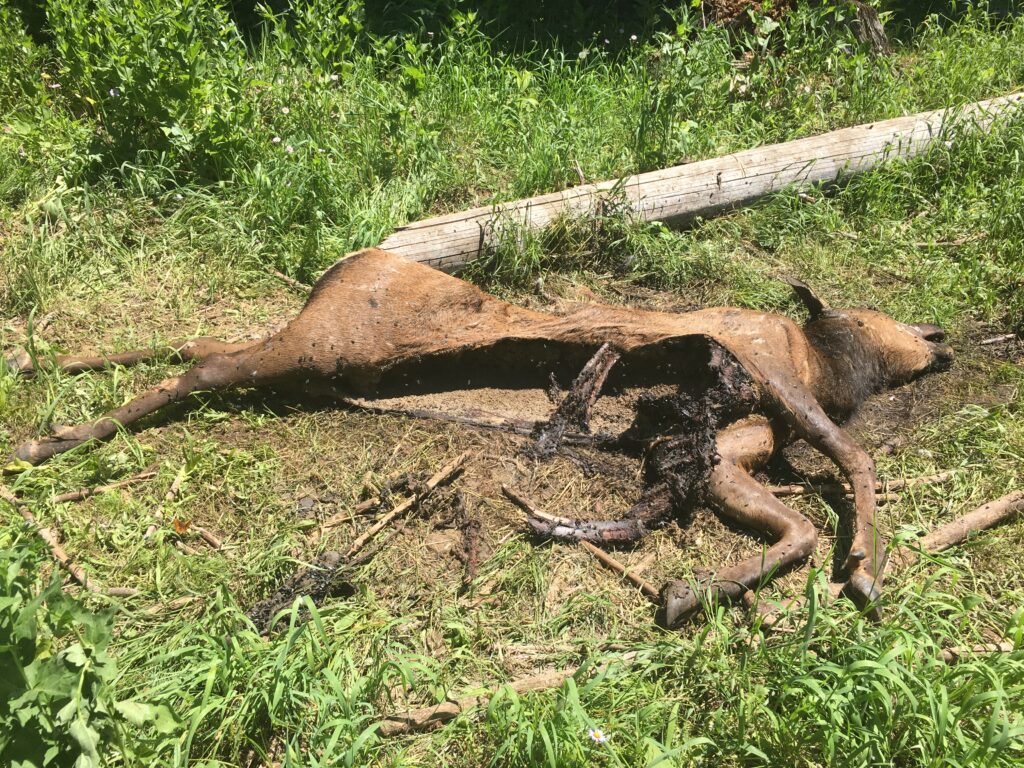 When discussing the possibility of sasquatches being real animals with the general public, I often get the question, “If they’re real, why don’t we find their bones?”

I usually answer this question with another: “If bears and mountain lions are real, why don’t we find their bones?”

The likely answer makes a lot of sense. They hide their bones, and what’s left is recycled. Let me explain…  (By saying they hide their bones, I do not mean to imply that they plan ahead and bury the corpses, though this has been hypothesized. After all, neanderthals buried their dead, and sasquatches could very well be in the same genus, homo.)

Bears, mountain lions, and sasquatches are all apex predators, meaning that they are at the top of the food chain for their habitat. Their only real predators are humans, and occasionally one can find remnants of a hunted or poached bear or cougar. Naturally dead apex predators are almost never found.

It is hypothesized that when an apex predator gets sick, as all animals do at some point in their lives, it seeks a safe place to recover. The animal would be most vulnerable when it is ill, so they probably look for places that make it feel secure, like under fallen trees, in inaccessible caves, or in the thickest brush available. (I would suspect that it also would want to be near a water source, but food would likely not be much of an issue since most animals fast when sick.)

So, by putting themselves in inaccessible areas for safety reasons, the animal effectively hid itself.

One day, instead of recovering from the illness as it did every other time it got sick, the animal dies. Within a few hours to a day or two, scavengers would find the corpse and start picking it apart, devouring the flesh and yummy soft parts. Moths would make short order of the fur. Insects would nibble away at it and lay eggs in the corpse. Bacteria and fungi would play an important role in decomposition as well. Larger scavengers like coyotes or bears would separate the limbs and make off with them, thus dispersing the bones. (If the hiding place was next to a flowing water source, this could further disperse the bones.)

The bones wouldn’t last long anyways. Rodents are by far the most common mammals in North American forests, and they eat bones for the calcium content. Bone-eating rodents include wood rats, the various mouse species, porcupines, and rabbits (although bunnies are not technically rodents, but lagomorphs).

Rodents are not the only animals that eat bones.  Just like your dog at home, coyotes love to gnaw on bones.  Bears, weasels, and even deer and elk eat bones as well.  Yes, deer and elk.

Something else to consider in this would be the rarity of the species.  Based on the frequency of sighting reports, as well as the footprint track evidence, it is clear that sasquatches are very rare animals.  Dr. Grover Krantz suggested that there may be 100 bear for every one sasquatch in North America.  While this number is far from certain, we can use it to guage some very rough estimates of the sasquatch population in various states.

In my home state of Oregon there are reported to be around 30,000 black bear.  This would suggest somewhere in the ballpark of 300 sasquatches in the same area.  It also might be important to consider that Oregon has the third-highest number of forested acres of all 50 states with 24,116,000 acres of forest (only Georgia and Alaska have more).  If sasquatches have a lifespan approximating all the other great apes (including humans) of somewhere around 50 years, this would mean maybe six individuals die somewhere in the state every year.

Six individuals hiding their bodies which quickly decompose and are eaten away somewhere in the state every year seems like one of those needles-in-a-haystack situations to me.  Black bears live a little more than half that long, and there are probably 100 times more of them.  So, where are the 1000 or so bear that die in the same areas every year?

So the bones are dispersed, recycled, or digested.

I was thinking about these dispersed bones recently, and it occurred to me that if someone was walking off trail and ran across a femur that was two or three feet long, that person probably wouldn’t consider that it could be a bigfoot bone. They would probably assume it was an elk or some other large animal’s bone. (This makes a lot of sense, because it probably would be from an elk or some other large animal.) However, it would be very unlikely that the person would save the bone and give it to an appropriate expert to identify the animal species it came from. So, it is entirely possible that bigfoot bones have been discovered and ignored.

So, how long would it take for no sign of the corpse to exist, including bones? I don’t know, but I have heard that a full-grown Asian elephant will be totally gone in as little as four months.

The rate of decomposition is explained by Casper’s Law (or Ratio): if all other factors are equal, then, when there is free access of air a body decomposes twice as fast than if immersed in water and eight times faster than if buried in earth. Any dead sasquatch (or other apex predator) would be fully exposed to the air, thus decomposing the fastest.

Here’s what Wikipedia has to say about animal decomposition:

“Decomposition begins at the moment of death, caused by two factors: autolysis, the breaking down of tissues by the body’s own internal chemicals and enzymes and putrefaction, the breakdown of tissues by bacteria. These processes release gases that are the chief source of the unmistakably putrid odor of decaying animal tissue. Most decomposers are bacteria or fungi. Scavengers play an important role in decomposition. If the body is accessible to insects and other animals, they are typically the next agent of decomposition. The most important insects that are typically involved in the process include the flesh-flies (Sarcophagidae) and blow-flies (Calliphoridae). The green-bottle fly seen in the summer is a blowfly. The most important animals that are typically involved in the process include larger scavengers, such as coyotes, dogs, wolves, foxes, rats, and mice. Some of these animals also remove and scatter bones. Then they digest the bones.”

In summary, we would not expect to find the bones of any naturally dead apex predators.

That being said, I did speak to an owl-hooter in Northern California who said he came across a naturally dead bear. It was poking out of a hide-hole under a pile of fallen logs. This further supports my hypothesis that animals hide themselves when faced with their own demise.

Of course, another variable in finding a dead sasquatch would be the rarity of the species.  I’ll leave this for a future article.

Just because we are unlikely to find a naturally dead sasquatch, that doesn’t mean we shouldn’t still try. I like to poke around in the thick brush or under likely cover for just such a find. I believe under large rocks that form natural caves is another excellent choice. However, be aware that it is even more likely that you could find a live apex predator, so be careful.