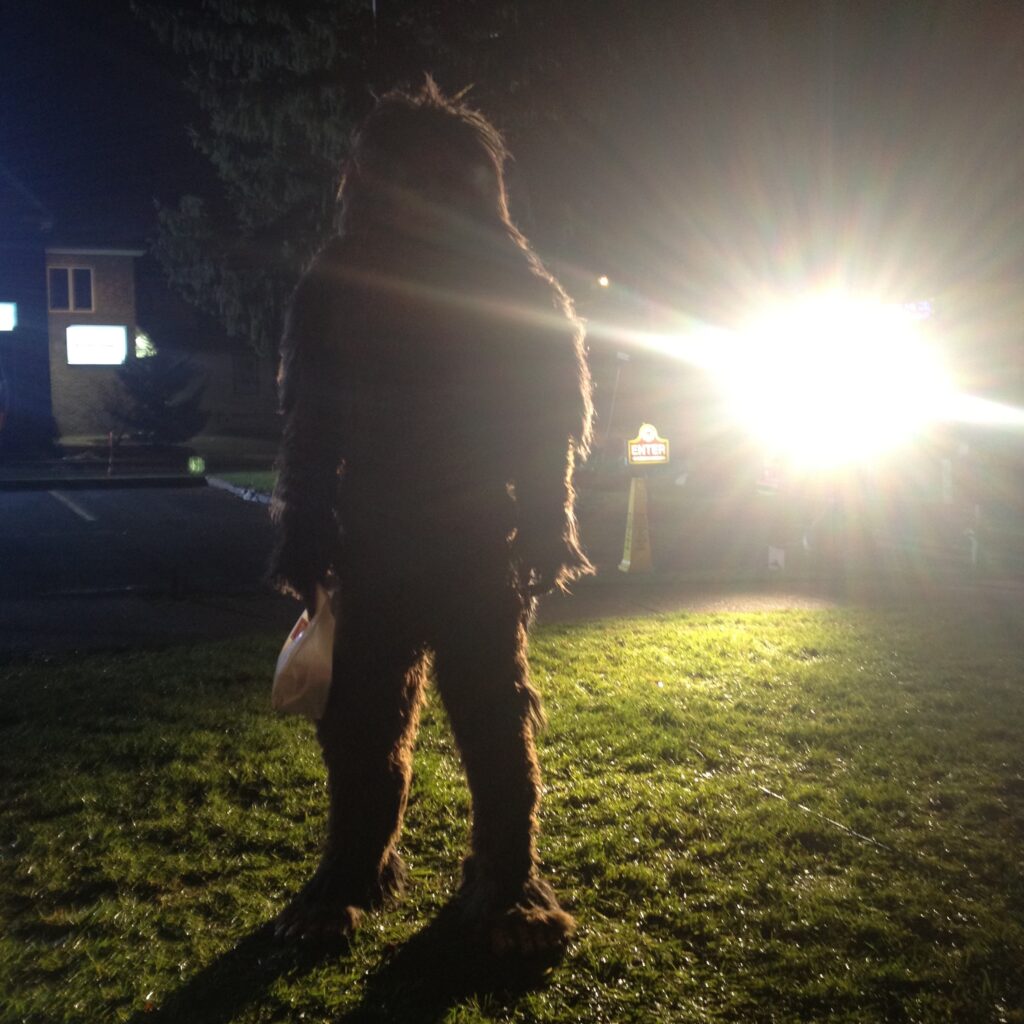 A lot of folks write to me saying that they had their encounter or sighting during the day, so why don’t I look for bigfoots then?  Well…  Because the data shows that bigfoots are probably more active at night.  If they aren’t more active, then they seem to be a bit more willing to approach closely at night.  Let me explain.

According to John Green’s database, about 60% of sightings happen during the day.  Just for simplicity, let’s say that it’s 50/50.  You’ll see why in a moment.

Let’s also assume that there are maybe 10% as many people out at night as during the day, and those people can see perhaps 10% as far/much.  Those simple numbers indicate that bigfoots are probably 100 times more active at night!

Sure, it’s not 50/50, but there are probably less than 10% of the people out at night compared to the day, and seeing 10% as far is being generous.  I think you get my point.

Just by crunching some simple numbers, it’s easy to see that it’s more likely to run across bigfoots at night than during the day.  Sure, daytime sightings tend to be better, but the night stuff seems to be easier.